Summary of Research Report on the Digital Divide in Administrative Services

1. Background and goal of this study 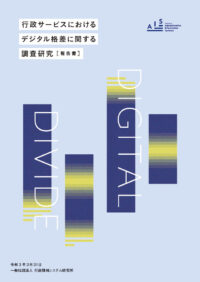 The Basic Policy Aimed at the Reform for a Digital Society that sets forth “a society where no one is left behind” was agreed to by the cabinet in December 2020. When advancing the digitalization of administrative services, it is important to properly deal with the digital divide that accompanies digitalization.
Therefore, it is necessary not only to meet the challenges with the constraints of traditional hardware and networks but also to deal with the difficulties faced by users when using administrative services. A problem-based analysis such as this has not been performed thus far in Japan’s administrative field.

The aim of this study was to grasp and organize the digital divide challenges that Japan will face as digitalization progresses and set directions for measures to be taken to meet each challenge.

First, to determine the problem types by classifying the digital divide according to its characteristics, we conducted interviews with local governments, desktop surveys, and surveys through publicly released documents (Figure 1). 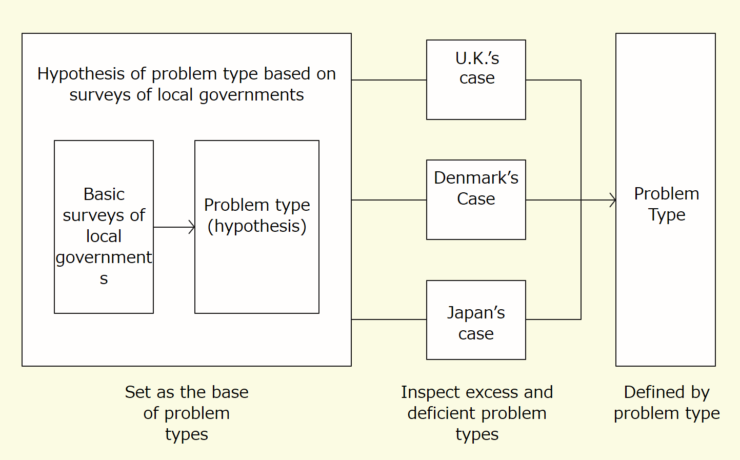 Through the process depicted above, the types of problems related to the digital divide in administrative services can be categorized as follows:

III Inaccessibility to technology by persons with disabilities

IV Digital illiteracy and resistance to digital use

By analyzing and organizing the types of problems confirmed through interviews with local governments, the following were achieved:

After analyzing and organizing the above, measures recommended for local governments were derived (Figure 2).

Figure 2. Structure of this report 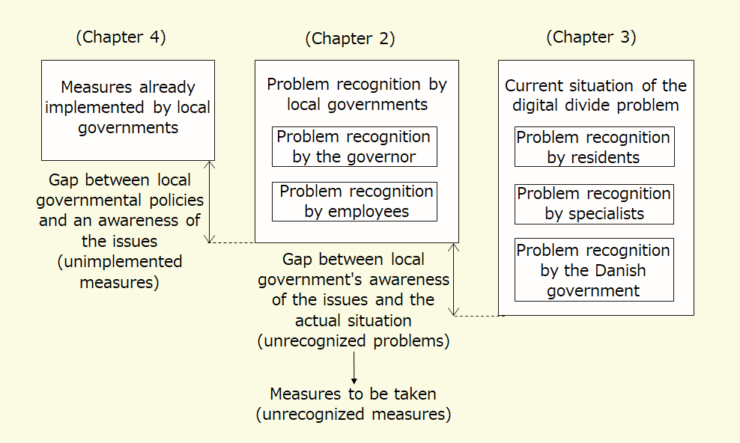 We analyzed the results of interviews and desktop surveys conducted with eight local governments and interviews conducted with mayors and employees of two cities (Nagaoka City, Niigata Prefecture, and Toyohashi City, Aichi Prefecture). As a result, we identified the tendencies and characteristics of the digital divide problem.

Table 1. to Table 3. are the digital divide issues seen in local governments:

Table 1. Details that suggest disparities: mayor of the city

When disparities were categorized by problem type, it was observed that local governments emphasized “Inaccessibility to technology by persons with disabilities,” “Digital illiteracy and resistance to digital use,” and “lack of interest/resistance to administrative processes” as important digital divide problems.

To understand the reality of the digital divide that residents are facing, we conducted interviews with residents from two cities (Nagaoka City, Toyohashi City), experts familiar with the digital divide, and organizations working to eliminate it overseas (Denmark’s Agency for Digitization)( Table 4.). A total of 23 residents of different demographics (e.g., older adults, college students, international students, foreigners) were interviewed so that the various problem types could be addressed.

Table 4. Awareness of issues by Denmark’s Agency for Digitization staff

Regarding problems felt by residents, “not being able to imagine the merits of using digital services” (“Digital illiteracy  and resistance to digital use”), as well as “distress due to having to do all the paperwork on one’s own when not knowing the procedures,” were raised.

Table 5. shows the distribution of the digital divide problem according to problem type:

From the above, it can be observed that residents from all demographics faced disparities associated with “Lack of interest/resistance to administrative processes” (accounting for 13 of 22 disparity issues). In addition, there were differences between the disparities that the autonomous body recognized and those perceived by residents. It was confirmed that residents and specialists were aware of problems that local governments did not recognize. For example, concerns included “worry about doing administrative procedures that require no mistakes on the computer” (i.e., Lack of interest/resistance to administrative processes), as well as “input categories being insufficient when entering names into forms” (i.e., “ Inaccessibility to technology by persons with disabilities”).

Measures (b) and (c) are based on the knowledge obtained through the interviews and the hypotheses relative to specific cases. Practical measures as “concrete examples of approaches” are proposed.

Table 7. Problems have been identified but measures have not been implemented (b)

Table 8. Measures for disparities that have not been identified by the local government (c) 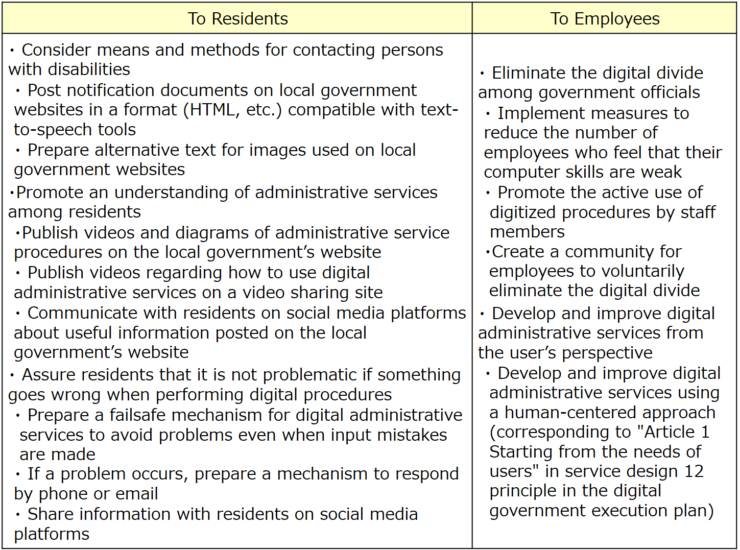 The following study findings were obtained regarding the digital divide in administrative services:

In addition, by clarifying problems related to the digital divide within local governments, by organizing the problems systematically, we were able to elucidate the measures needed to tackle each type.

At present, the digital divide in administrative services is not yet recognized as a real issue by many government officials and residents. However, as digitalization in administrative systems progresses, it is expected that the disparity between residents who can and cannot enjoy the benefits of these services will become more apparent. Many issues cannot be resolved overnight. For government agencies working on digitalization, it is important to consider the digital divide from a medium to long-term perspective toward policymaking. 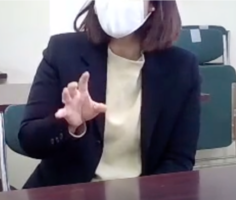 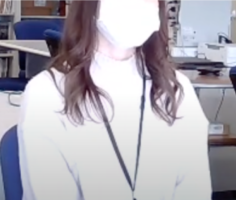 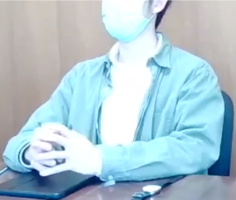 Translated by Eiji Kano and Rinka Tonsho at AIS

Digital Transformation in the Canadian Government

find us in google map